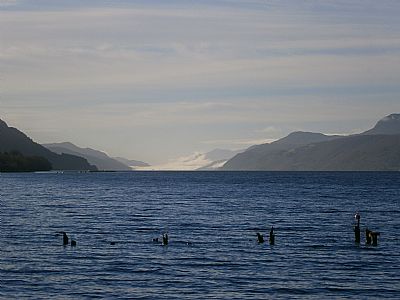 • In "The Great Glen", a geological fault line which bisects Scotland from East to West.

• 39km long from Lochend at the north end to Fort Augustus at the south.

• 889 feet deep at its deepest point just north of Urquhart Bay. This is a trench that was discovered by Jacobite Cruises skipper Keith in 2015. It was reconfirmed on 18 September 2016 as being over 880 feet deep - Roland Watson captured this image of the depth being recorded on the Jacobite Rebel as it passed over the trench 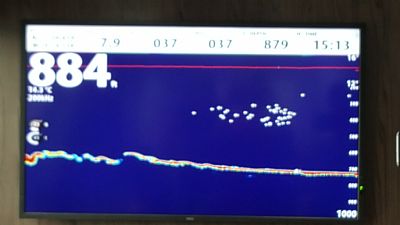 • 16m above seawater, fed by eight main rivers and a further 40 streams and connected to the sea by the River Ness.

• Very dark due to a heavy peat content, underwater visibility falling to nil at around 9m.

• 7 billion cubic metres in volume.  This is much larger than any other body of water in the UK and is enough to hide the world’s entire human population ( so just imagine how difficult it is to find even a few monsters)

• A large part of the Caledonian Canal, a navigable inland waterway which connects the North Sea to the Atlantic Ocean.

• Now famous as it has had a history of monster sightings since 565AD!