Nessie in the news

Nessie is in the news somewhere in the world pretty much every day - just put a google search on and you'll see what we mean. Here's some highlights from past years though.....

In the week when Nessie welcomes the world to Scotland as part of the opening ceremony for the Commonwealth Games, she’s gone on to beat a two year old world record

The record was broken by Nico Kirby and Ed Foster from London who hope to now take the pedalo through the Caledonian canal and then around the north of Scotland to raise money for charity. Shaving more than 20 seconds off the record, the attempt was confirmed by the Guinness Book of records who witnessed the sprint near Loch Ness

Nico, Ed and crew Natasha Kirby and Sholto Morgan will now take on some of the most chjallenging seas in the UK as they hope to raise £250,000 for Parkinson’s and Cancer charities. 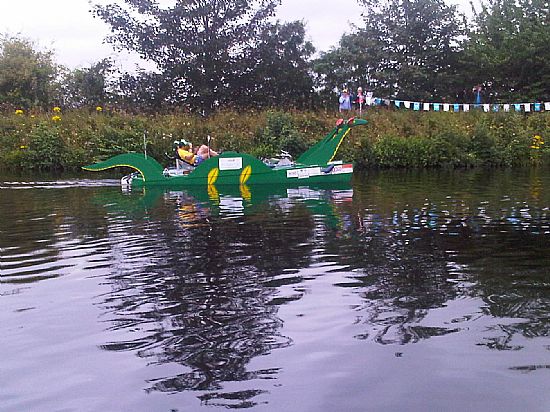 When Nessie was reported missing in early 2014, this was some of the global reaction: